It isn’t new news, that I, Ferzhuzad, single-handedly took down my mightiest foe yet – Thrak’s PC.

You see It started when I was visiting his place. My beautiful wife and myself had been given the second living-room to sleep in, which is where Thrak keeps his PC.

We had brought our trusty air mattress with us, and had moved a little furniture to make room for it.

Once the bed was inflated, and sheets/blankets had been fitted, things seemed pretty good.

30 minutes later and I was ready for bed. Having taken my medication, I made my way past everyone who was still awake, said my good nights, then shambled into the room that I had set up before.

Upon turning the lights off and lowering myself onto the air mattress, I realised that the room was still brightly lit up. Turns out it was Thrak’s RGB lighting in his case. Little did I know, it was actually a cunning beast, and its evil intentions were to create a rift between Thrak and myself.

So I got up. It was cold, I was naked, there may have been some shrinkage. I looked at his mighty PC case and declared “Turn off thine RGB lighting ye foul beast!” – however, it did not respond to my command.

There were buttons galore on the top of his case. Some of them looked like they would allow a pilot who had trained as an astronaut with NASA for 5 years to control the lighting, but seeing as I had only spent 0 days training at NASA, they would not yield to my sensual pushings, twistings, pullings, or shouts.

After the better part of 10 minutes, I decided to strike the beast at its life source – the fabled “power supply unit”. After maneuvering myself to the side of Thrak’s desk (again it was bloody cold, and I was completely naked, I assume much to my wife’s delight) I started my search for the PSU. After another minute I must have rolled a high perception check and noticed the power switch, which I promptly turned to the off position.

Despite this, it still took about a minute for the cursed RGB lighting to turn off, and once it had, I was rendered blind! The room was so dark my eyes had to adjust so that I could make my way back to the bed.

By this stage, I can 100% confirm, unfortunately, there was shrinkage happening. Thankfully it wasn’t permanent!

Sleep found me quickly after the lights were off. The next thing I know, it was morning and everything was normal. I was expecting a minion of the beast to have attacked in the night, perhaps some peripherals or the monitor, but instead it had other plans…

I informed Thrak that very morning, that I had slain the beast, though I also informed him that the damage was temporary, and that the beast could be resurrected by moving the power switch into the “on” position. Shortly after that, Thrak left for work, and I packed our belongings as we had to travel.

We left, and were absent from Thrak’s place for 6 days. The moment I was able to get cellphone service I had messages from Thrak – something along the lines of “WTF did you do to my computer?”

I called him as soon as I could, and asked if he recalled that I had informed him that he simply needed to turn the switch on. He called me a name which I wont repeat here, and it very soon became apparent that he believed that I was playing some kind of epic prank on him.

It turns out that there are potentially several pieces of Thrak’s hardware that are failing. The PSU, the GPU and the MOBO. Thrak is sending the machine back to the store he purchased it from, and hopefully they will be able to repair his machine.

Thrak if you are reading this (I bloody hope so!) I am sorry for the stress and trouble this has caused, and I am only ever so slightly entertained by it. Only a little bit. I promise.

I do feel a little responsible for it, however, turning a PSU off should not, in any way cause a motherboard, videocard, and the PSU itself to suffer damage.

The worst thing about this, is that Thrak has not backed up his campaign! We may potentially lose our characters! In this event, I will write a memorial for them. Hopefully, I wont have to.

Let me know how badly you have screwed up a piece of technology in the comments below! 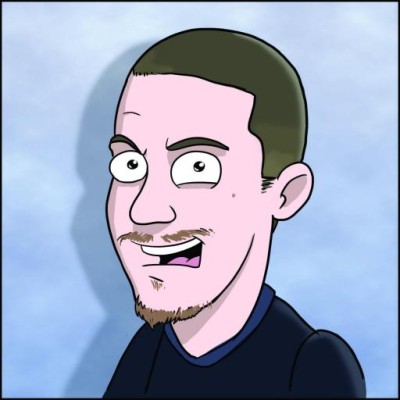